Chronic Pain in the Workplace 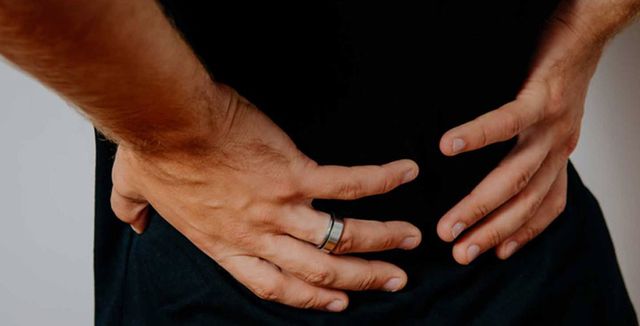 Unless you have experienced day to day chronic pain, you cannot begin to imagine the physical and psychological burden many people live through. Chronic pain is an issue that is often not recognized in the workplace.

Approximately one year ago, I authored an article about “presenteeism,” which basically is the act of attending work while having an illness. However, presenteeism isn’t just attending work with a mild cold or the sniffles, it is going to work every day in spite of pain, fatigue, and other symptoms that are also present with chronic pain and sickness.

Presenteeism was recently studied by the Global Corporate Challenge (GCC), which concluded that though employees with chronic health conditions took on average, four sick days a year, they admitted to being unable to maintain productivity for an average of 57.5 days in a year.

The GCC study estimated that the cost of presenteeism was 10 times greater than absenteeism. Workers absent from work cost employers in the United States, United Kingdom and Australia about $150 billion a year, but those attending work but were not fully productive cost them $1,500 billion.

The authors of the study made note of the importance for companies to improve productivity by concentrating on reducing presenteeism.

I am unsure as to whether employers are cognizant or even care about how many of their employees are experiencing chronic pain difficulties. And in the event that they do, what expectations do they maintain for these employees. Do they comprehend the extent of the difficulty had by employees who are experiencing pain?

According to another report from the Institute of Medicine Committee on Advancing Pain Research, Care and Education, chronic pain is costing the U.S. economy somewhere in the range of $560 to $635 billion annually in healthcare costs and lost productivity. While many employees enduring pain choose to continue to work, they have difficulties maintaining productivity.

One potential solution – opioid pain medication – is no longer easily available, even for those who would not abuse the prescribed drugs and who want to be of use and have normal lives.

arch indicates about two million Americans misuse opioids, and a large portion of them end up in emergency rooms. However, that statistic does not acknowledge the millions of people that need pain medications and would use them responsibly.

ssive prescribing guidelines – and fear of DEA oversight – keep doctors from giving prescriptions for pain medication, even those medicines that are comparatively safe and pose low risk of addiction. Guidelines and insurance reimbursement rules have essentially taken discretion away from responsible doctors in treating a patient’s pain.

Some patients suffering from chronic pain will forgo asking their doctors for pain medication due to the negative stigma that comes from opioid misuse and abuse. Until recently, I was among them. I refused to ask my doctor for medication to relieve my pain because of that stigma. But my pain level grew to the point that I had no other choice. Additionally, my doctor, like many others, was wary of giving out a prescription for pain medications and didn’t give in until I was practically begging. She explained that though she trusted my judgment, she had limited options due to government guidelines.

The greatest concern I have on a daily basis is how much longer I would be able to work. I feared my boss would grow tired of the mistakes I made on the days I was hurting or when my focus was off due to pain and lack of ample sleep. Though my employers know I live with pain from rheumatoid arthritis and fibromyalgia, they are not really concerned – mostly likely because my disability is not visible, and because it is not their problem, it is mine.

I am unsure as whether most employers and coworkers can truly commiserate and understand the overwhelming responsibility of maintaining a full-time job while living with chronic pain. Even if your employer is accommodating and allows worksplace adjustments and the option of working from home on occasion, the basic demands of the job can still be too great to overcome when you are in pain.

Ideally, employers would offer possibilities for pain management on the job – in the form of wellness programs and workplace accommodation – so we could work to our full potential. Employees who feel supported will access all available aid, feel better, and perform better on the job.

However, most employers do not recognize how crucial their roles are in helping to manage the pain epidemic in the United States. They view chronic pain as a personal problem, rather than a work issue. Until those views change, people are left on their own to suffer and deal with working while being in pain.

Did you find this helpful?
Topics
EmploymentCoping on a Daily BasisLiving with Chronic Pain
You may also like

Staying employed while living with chronic pain can be very difficult. Many people show up to work despite the chronic pain and are less productive. The reduction in productivity is a worry, as repeated sick days and low productivity could result in being fired. Some individuals have mixed...
learn more