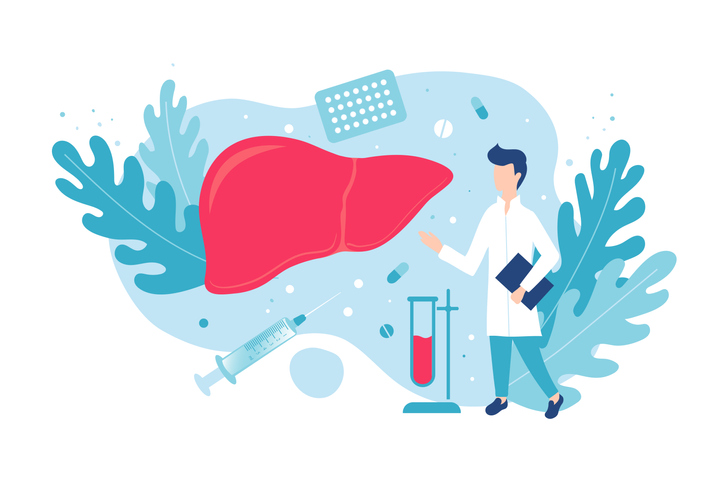 What is autoimmune hepatitis?

Autoimmune hepatitis (AIH) is an inflammatory condition of the liver. It occurs when the body’s immune system mistakenly attacks cells in the liver. AIH is a non-viral, non-contagious type of hepatitis.

Autoimmune hepatitis can lead to cirrhosis (severe scarring of the liver) and liver failure; however, treatment can halt, slow the progression, or even reverse liver damage. In general, treating autoimmune hepatitis involves corticosteroids and immunosuppressants. Between 80% and 90% of those with AIH are able to achieve remission using the standard treatment of prednisone (a corticosteroid) and azathioprine (an immunosuppressant).

Corticosteroids are usually the first line of treatment for AIH because they can quickly bring inflammation under control. They work by weakening the immune system.

Biologics, a newer class of immunosuppressants, are genetically engineered antibodies. While traditional immunosuppressants suppress the entire immune system, biologics work by targeting and suppressing specific segments of the immune system. Biologics that have benefited some with AIH include tumor necrosis factor inhibitors and B-cell inhibitors.

If AIH progresses to cirrhosis or liver failure, the damaged liver may be removed and replaced with a healthy liver. Approximately 10% to 20% of those with AIH eventually require a liver transplant. AIH often recurs in the transplanted liver.

Did you find this helpful?
Topics
Autoimmune HepatitisPain by ConditionPain
You may also like