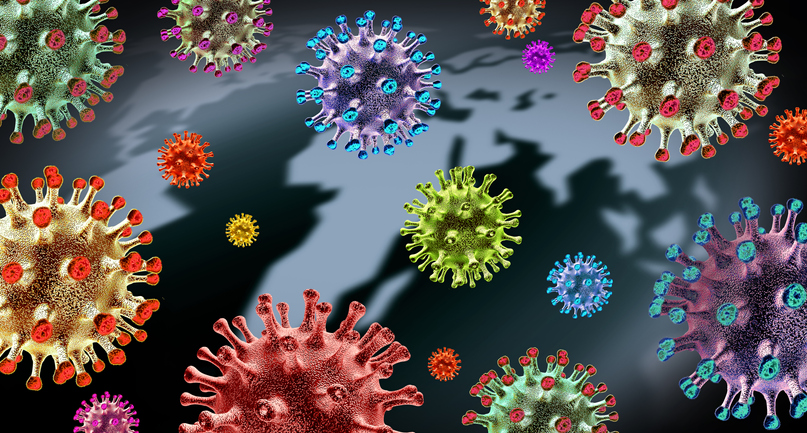 As a virus spreads, its genetic material often mutates, causing different variants of the virus. Variants of the SARS-CoV-2 virus that causes COVID-19 began to appear in September 2020. There are numerous variants of the virus: some emerge and disappear, and some persist and spread. According to the Centers for Disease Control and Prevention, variants of concern in the United States (as of August 6, 2021) include Alpha, Beta, Delta and Gamma. The Alpha variant was first identified in England, followed by the Beta variant, which was first identified in South Africa. The Gamma variant first appeared in Japan and Brazil. The Delta variant, which first appeared in India, is quickly becoming the dominant variant of the SARS-CoV-2 virus.

Six facts about SARS-CoV-2 variants include the following:

Ultimately, vaccination, mask-wearing, hand-washing, and physical distancing help prevent the spread of the SARS-CoV-2 virus, which gives it fewer opportunities to mutate into new variants.

Did you find this helpful?
Topics
COVID-19Living with Chronic Pain
You may also like

COVID-19, or SARS-CoV-2, is the name for the disease that develops from the novel coronavirus that was first identified in 2019. This was the first appearance of this type of coronavirus in humans. Because humans did not have any immunity to this specific coronavirus, it quickly spread around the...
learn more