What Is the Difference Between Heat Stroke and a Stroke? 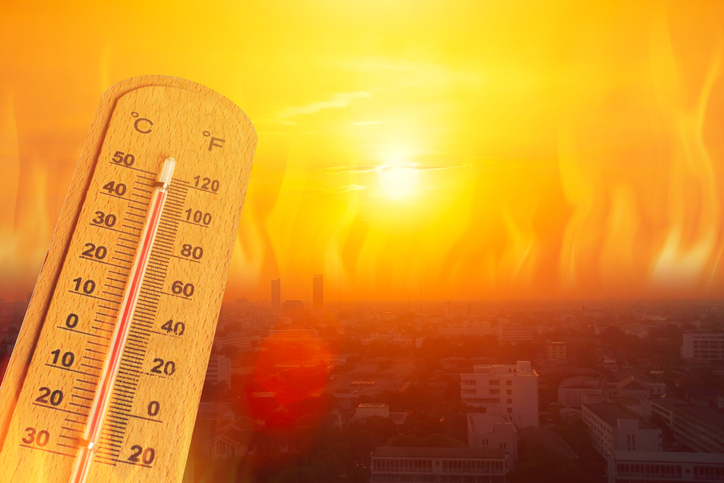 Because the medical term “heat stroke” contains the word “stroke,” it is easy to think that heat stroke is a specific type of stroke, such as an ischemic or hemorrhagic stroke. However, this is not the case. There are several differences between heat stroke and other types of strokes.

What happens in the brain and body

The word “stroke” refers to decreased oxygen flow to an area of the brain. In most cases, this term describes an event in which the blood supply to the brain is suddenly reduced, which prevents brain tissue from getting oxygen and causes brain cells to die. This can occur due to a blocked artery (ischemic stroke) or a burst blood vessel (hemorrhagic stroke).

With heat stroke, the body gets too hot and cannot cool down. As the body temperature reaches 104 degrees Fahrenheit (40 degrees Celsius) or higher, membranes around cells in the brain and other parts of the body are destroyed, damaging internal organs and potentially leading to death.

Both a stroke and heat stroke share some similar symptoms, including confusion and headache. However, most of the symptoms are quite different.

The primary symptoms of heat stroke are a body temperature of 104 degrees Fahrenheit (40 degrees Celsius) or higher, hot or dry skin, rapid breathing, fast heart rate, and nausea or vomiting. The primary symptoms of a stroke include numbness or paralysis on one side of the body, difficulty speaking, blurred vision, and trouble walking.

Strokes generally occur as a result of other health conditions, such as high blood pressure, high cholesterol, diabetes, or atrial fibrillation. Lifestyle choices, such as smoking or using illicit drugs, can also play a part.

Heat stroke is categorized as either nonexertional (classic) or exertional. Nonexertional heatstroke is caused by exposure to a hot environment for an extended period, which increases the core body temperature. Individuals with chronic illness and the elderly are most at risk for this type. Exertional heat stroke also involves an increase in core body temperature; however, it develops as a result of physical exertion in a hot environment. Both types of heat stroke can be exacerbated by wearing excess clothing, drinking alcohol, or becoming dehydrated.

Heat stroke can happen to anyone regardless of health history or age. Other risk factors for developing heat stroke include sudden exposure to hot temperatures, lack of air conditioning or other cooling methods, and the use of certain medications (antidepressants, antipsychotics, vasoconstrictors, beta blockers, and diuretics).

Strokes are typically treated using tissue plasminogen activator (tPA) to dissolve a blood clot blocking an artery in the brain or surgery if the stroke is hemorrhagic.

Heat stroke treatment involves reducing the body temperature using cool water/air or by placing ice packs or cold, wet towels on the head, neck, armpits and groin. In the hospital, severe heat stroke can be treated by flushing the stomach or rectum with cold water.

Both strokes and heat stroke are emergencies that require immediate medical attention.

Did you find this helpful?
Topics
Daily LivingCoping on a Daily BasisLiving with Chronic Pain
You may also like

Chronic pain affects all parts of an individual's life, including activities of daily living. This means that pain can get in the way of everything from showering, dressing and other personal hygiene issues, preparing meals, and mobility.
learn more