The States and Stages of Sleep 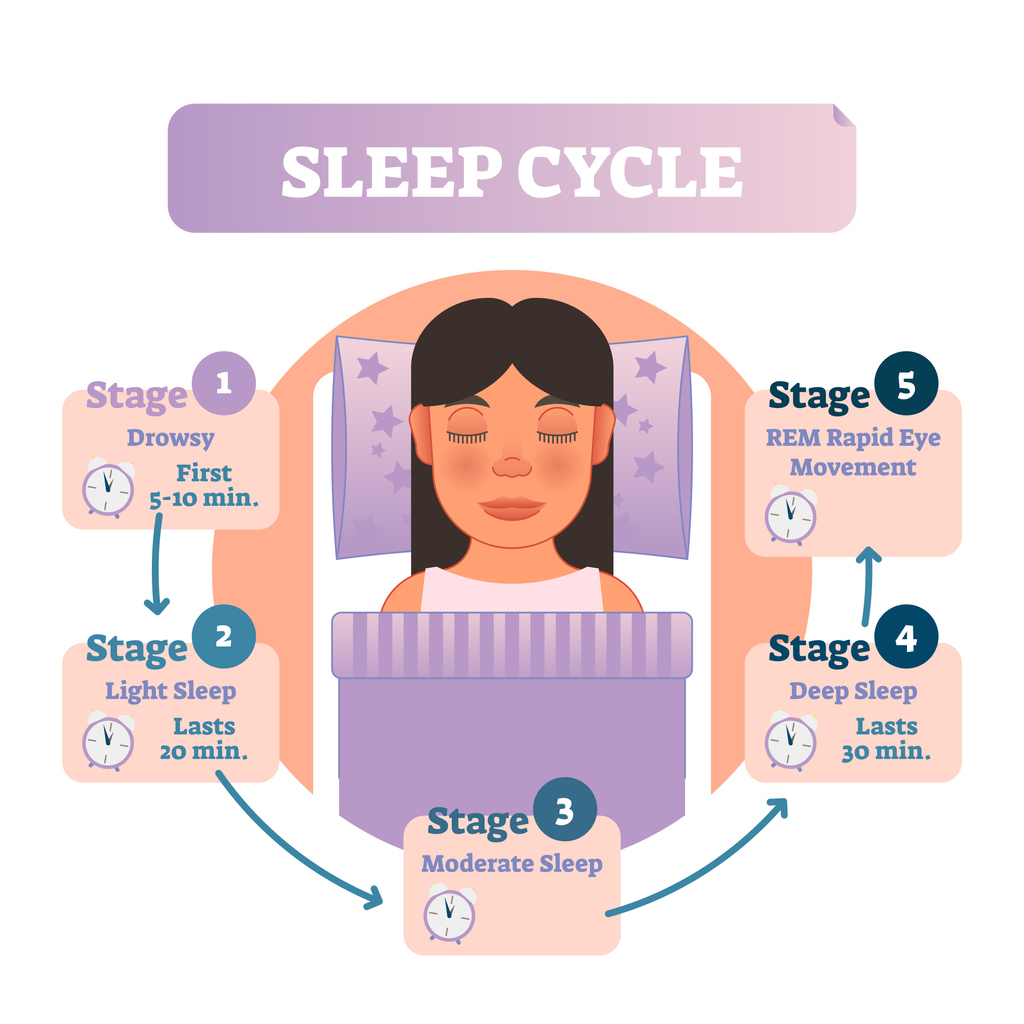 After stage 4, cycling between stage 3 and stage 2 occurs until REM sleep is achieved.

Rapid eye movement (REM) sleep gets its name from the quick movement of the eyes (behind closed eyelids) that occur during this state of sleep. The first period of REM sleep is reached about 90 minutes after falling asleep and lasts for approximately 10 minutes. During this state, heart rate and blood pressure increase and breathing quickens. REM sleep is the state in which dreams are most likely to occur due to heightened brain activity. The arms and legs become immobile or temporarily paralyzed.

The amount of time spent in each state and stage of sleep varies and can change over time. Teens and individuals under age 30 tend to spend the most time in deep-sleep stages.

Did you find this helpful?
Topics
SleepingCoping on a Daily BasisLiving with Chronic Pain
You may also like