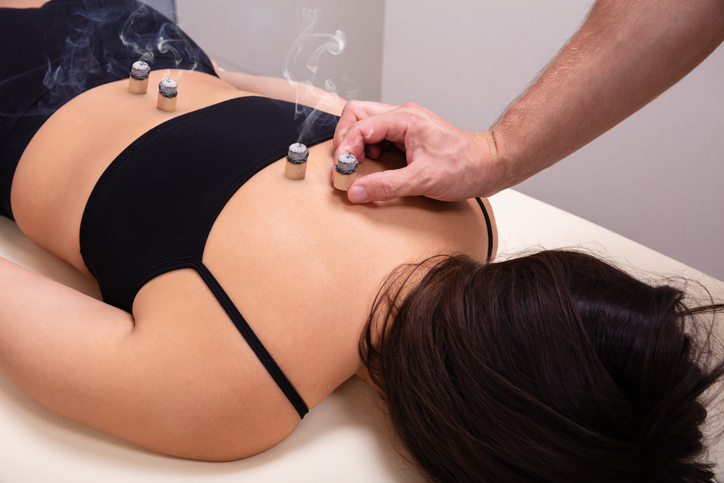 Moxibustion is a form of traditional Chinese medicine. It is an alternative type of therapy that involves burning a moxa cone or stick, usually made from dried leaves of a mugwort plant, on or near the body’s acupuncture points. Moxibustion is used for various health conditions.

Moxibustion is thought to promote the flow of Qi, or life energy, throughout the body. It is also thought to help balance the positive and negative qualities in the body known as yin and yang. In some cases, it is done in conjunction with acupuncture.

Health concerns that may improve from moxibustion

Risks and side effects of moxibustion

Moxibustion is generally safe when performed by an experienced practitioner or acupuncturist. The biggest risk is an accidental burn to the skin. Side effects such as sore throat, coughing, nausea or vomiting can occur. Pregnant women are more likely to experience serious side effects, including fetal distress or premature birth; therefore, moxibustion should only be performed under direction from a medical professional.