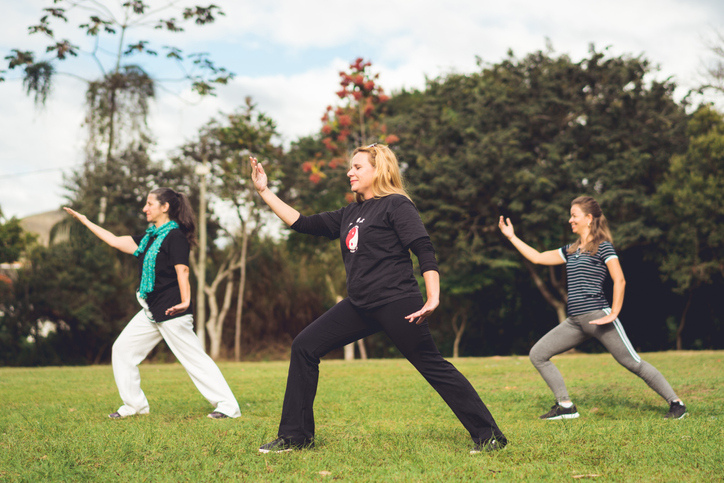 Qigong is an ancient Chinese practice that has been used for thousands of years. It is a type of meditative discipline centered around the traditional Chinese medicine belief that Qi, or energy, must flow throughout the body to achieve and maintain health. The practice of Qigong involves the use of slow, deliberate movements and relaxed breathing patterns to encourage the flow of Qi. This prevents stagnation of the body’s energy, which is thought to lead to health problems. It is also used to help relax the mind.

Although the practices of Qigong and yoga may seem similar, there are several differences between the two. Yoga originated in India; whereas, Qigong originated in China. The poses used in Yoga demand more strength, balance, and flexibility than those of Qigong. The slow, purposeful movements of Qigong can be done by almost anyone. Individuals who are unable to stand can practice chair-based Qigong or practice while lying down.

Tai Chi is actually a form of Qigong. Both focus on relaxing the mind and energizing the body. The main difference between the two is that Tai Chi is a martial art that is typically highly choreographed and more complex than the practice of Qigong. Tai Chi can also be a form of combat or self-defense. Qigong is a simpler practice and easier to learn than Tai Chi.

There are numerous potential benefits of practicing Qigong:

Qigong is generally considered a safe practice for most people. It can be learned by attending in-person or online classes or by watching instructional videos.