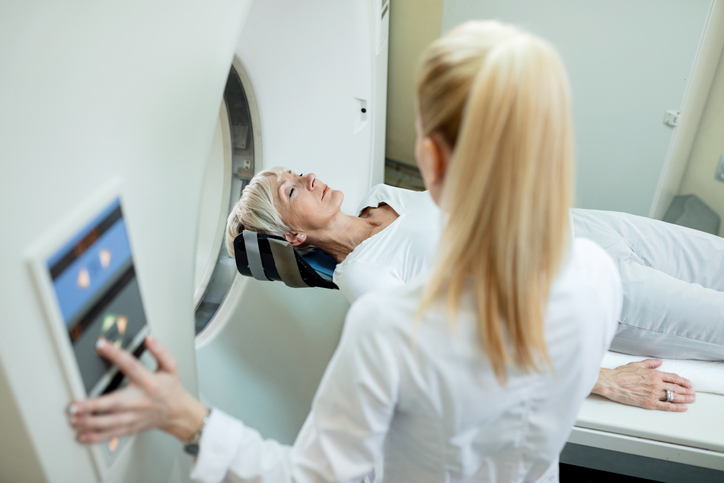 What is ankylosing spondylitis?

How is ankylosing spondylitis diagnosed?

A specific diagnostic test for ankylosing spondylitis does not yet exist; the diagnostic process involves a combination of tests: a physical exam, imaging tests and blood tests.

A physical exam typically includes manipulating the body to determine the range of motion in the spine. An attempt to recreate the pain, by pressing on specific areas of the pelvis or moving the legs to a certain position, may be performed by a health care provider. Individuals may be asked to take a deep breath to determine if difficulty exists expanding the chest.

X-rays and MRI imaging may be ordered to reveal any inflammation of the vertebrae or changes in the joints and bones. An MRI uses strong magnetic fields and radio waves to provide detailed images of the soft tissues and bones; it can help provide a diagnosis in the early stages of the condition.

C-reactive protein (CRP) and erythrocyte sedimentation rate (ESR or sed rate) blood tests may be ordered. These blood tests check for inflammation in the body; however, there is no specific lab test to diagnose ankylosing spondylitis. Blood tests for rheumatoid factor and antinuclear antibodies may also be ordered to rule out other causes of inflammation. These tests are typically negative in cases of ankylosing spondylitis. A blood test to check for the HLA-B27 gene may also be ordered. Although having the HLA-B27 marker does not mean an individual has AS, 85 to 90 percent of Caucasians with AS test positive for the HLA-B27 gene. Genetic testing may aid with diagnosis, but it is not definitive.