What Is Ankylosing Spondylitis (AS)? 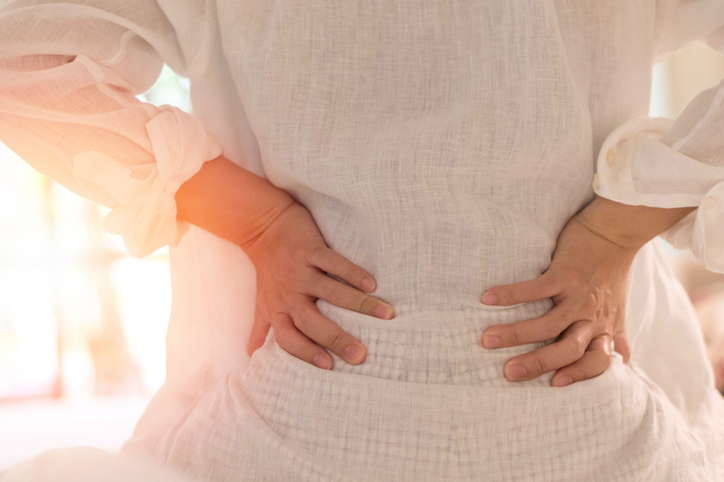 Symptoms of ankylosing spondylitis include mild to severe chronic pain and stiffness in the lower to middle back, the neck and/or the buttocks. If AS affects other large joints, the symptoms include stiffness, pain, redness, warmth and swelling in the shoulders, hips, knees, ankles, toes, or the back of heels. Fatigue is also a common symptom of AS. People with AS may have persistent symptoms or may have periods of relief when little-to-no symptoms are present.

What are the possible complications?

Eventually, if left untreated, chronic inflammation between the vertebrae of the spine can cause the vertebrae to fuse together. The fusion of the bone causes a forward-stooped posture which leads to decreased mobility.

Advanced, severe AS can lead to medical issues of the lungs, kidneys, heart and eyes. Symptoms include, but are not limited to, shortness of breath (due to stooped posture or heart involvement); eye irritation, pain, swelling, and redness (especially when looking at bright light); and dizziness.

What are the risk factors?

Did you find this helpful?
Topics
Pain by ConditionArthritisPain
You may also like