What Is Septic Arthritis? 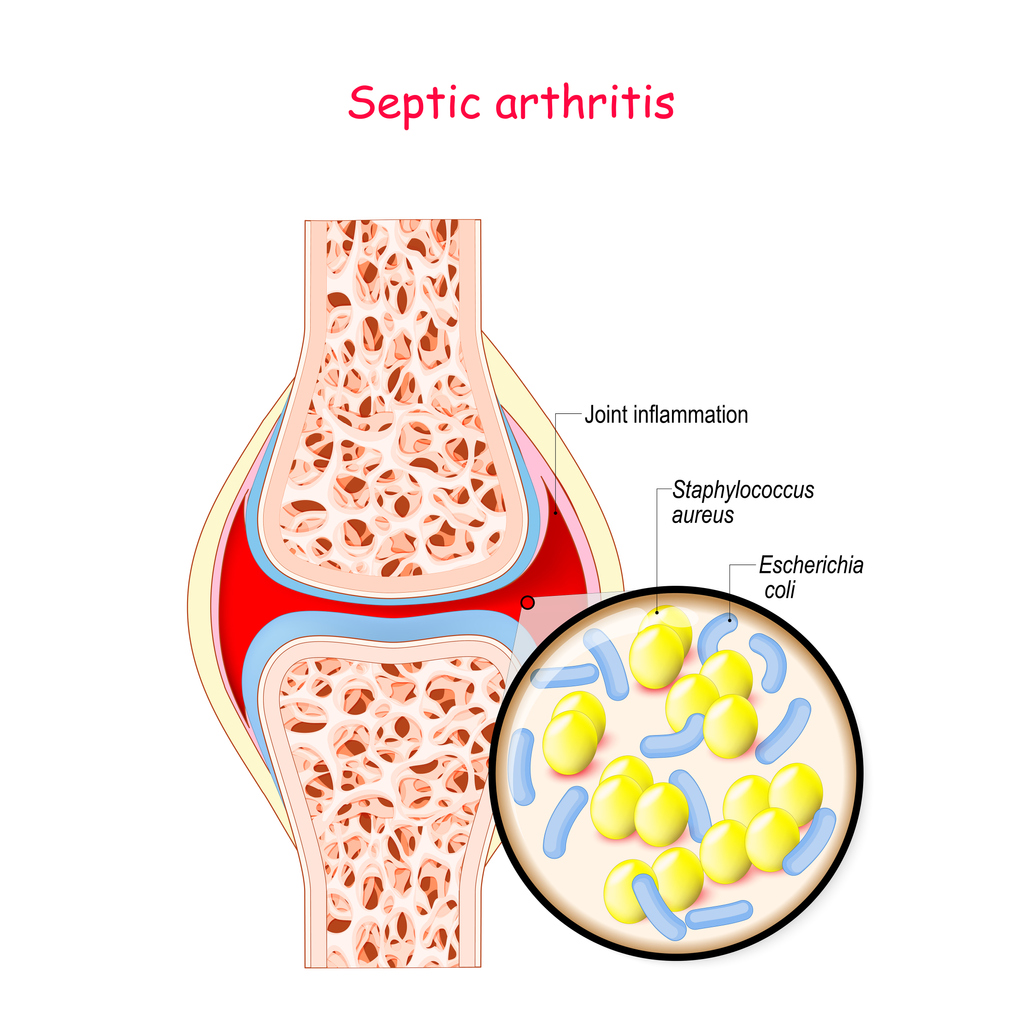 Septic arthritis involves infection and inflammation in a joint from a bacterial, fungal or viral infection that originated from another part of the body. The infection can travel to the joint through the bloodstream, or it can directly enter the joint during surgery or as a result of an injury. The knees are the most common joints affected by septic arthritis, but it can also develop in other joints, such as the hips, shoulders, or other joints.

The symptoms of septic arthritis typically develop suddenly. Symptoms may include, but are not limited to, the following:

Septic arthritis can be caused by bacteria, such as Staphylococci, Gram negative bacilli, Streptococci, or Gonococci. It can also be caused by viruses, such as HIV. Most often, it is caused by the bacterium Staphylococcus aureus (staph).

The presence of multiple risk factors — rather than just one risk factor —increases the risk of developing septic arthritis.

Did you find this helpful?
Topics
Septic ArthritisArthritisPain by ConditionPain
You may also like