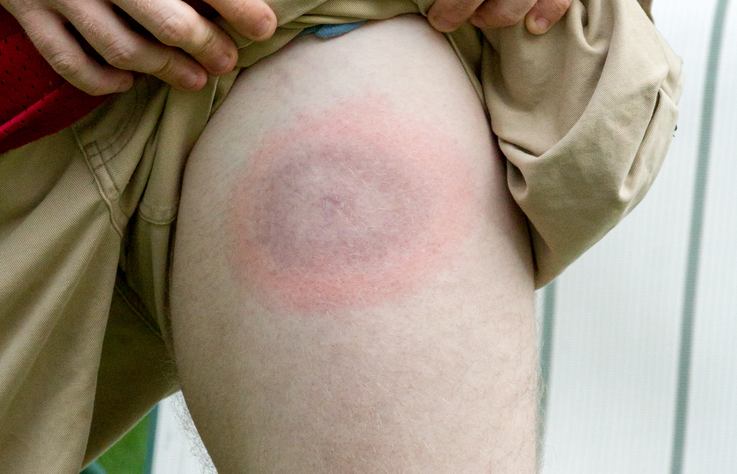 What is Lyme disease?

Lyme disease is often difficult to diagnose. Many of the common symptoms, such as headache, fatigue, and joint pain, mimic symptoms of a variety of other health conditions. The “bull’s-eye” rash (erythema migrans), the most distinctive symptom, does not appear in every case of Lyme disease; in fact, approximately 25% of individuals with Lyme disease do not experience a rash. Diagnostic tests that are currently available have limitations; they cannot diagnose early Lyme disease as it takes time for the body to produce antibodies that the tests measure.

An ELISA test is a blood test that detects antibodies that the body produces in response to the bacterium B. burgdorferi. If done too early or too late, it can give a false negative result.

A Western blot test also detects antibodies that the body produces in response to the bacterium B. bugdorferi. This test detects two different classes of antibodies: IgM and IgG. IgM antibodies develop faster, within the first 4 weeks of infection, but are more likely to give a false positive. Testing for IgG antibodies is more reliable, but IgG antibodies take up to 4-6 weeks to develop to a measurable level. Up to 20% of Lyme disease cases are missed by this test.

If Lyme disease is suspected, the CDC recommends that an ELISA test is done first. If the ELISA test comes back positive or is uncertain, then a Western blot test should be done. It should be noted that not all organizations agree with the testing protocol to eliminate the possibility of Lyme disease, including the International Lyme and Associated Diseases Society (ILADS).

The following factors should be considered during the diagnostic process:

Diagnosing Lyme disease is not a simple process. It requires identifying possible tick exposure, assessing physical symptoms, and laboratory testing. A diagnosis is best made when considering each of these factors.

If Lyme disease is suspected, seeking a health care professional who is experienced with diagnosing and treating Lyme disease is essential. The International Lyme and Associated Diseases Society (ILADS) provides a list of Lyme-aware doctors.