Patient Story: My Journey from Chronic Pain Back 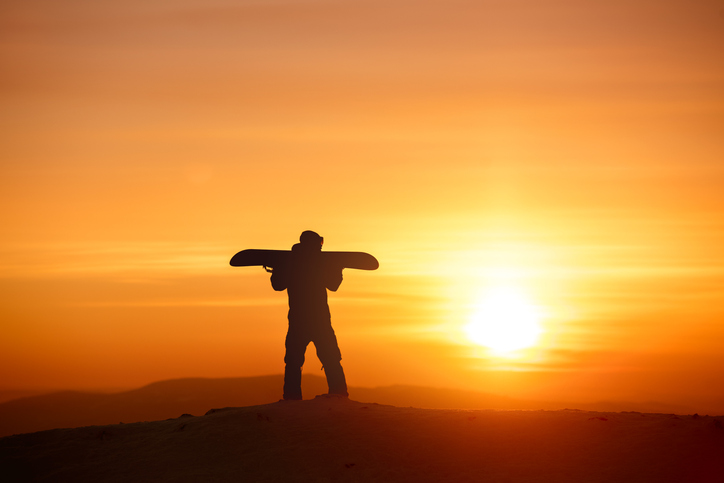 I was an adrenaline junkie. I skied, snowboarded, and rode a motorcycle. To get over my fear of flying, I became a pilot. In 1999, while at work, I suffered a non-paralyzing spinal cord injury called cauda equina syndrome. It required emergency decompression surgery. After surgery, I was left weak, in pain from my hips to my toes on both legs, and I walked with a cane. My employer could not find a job I was physically able to do and I was let go. Luckily, I was able to find a part-time job teaching.

In 2002, I required a second decompression laminectomy for a large cyst impinging on the same area of my spinal cord. This time,I left the hospital requiring a walker, as well as, extensive physical therapy to relearn how to walk. I was no longer able to teach, so I began working in an office at a computer. Even with high dose pain medications and medications for the nerve and muscle pain, and medications to counteract the side effects, I was in a lot of pain. On my days off work, I was a couch potato. I would maybe do something for an hour and return to the couch with my TV remote control and my pain meds. Injections did not touch the pain, they just made my leg numb for a few hours.

In 2006, I decided to look elsewhere for better pain management. I found a doctor who listened to my dreams of being active again. The best thing I heard was “I think I can help you.” I did a spinal cord stimulator trial. I hear some people have an “aha!” moment when the doctor turns the spinal cord stimulator device on and they never want to have it turned off. My trial was much more subtle. I began to notice that I was not crying in pain at work and I was able to walk more. In fact, on that Friday, during my lunch break at work, I walked to the doctor’s office a few blocks away to have the temporary spinal cord stimulator device removed. I never could have done that before!

In March of 2007, I got my permanent spinal cord stimulator implanted and I have never looked back. I made three goals, my post-implant bucket list, for after my permanent surgery: to run a race, to get back my pilot license, and to snowboard again. Within three months, I started walking and gradually began to run. I also bought a bicycle and rode it routinely. Within a year, my pain was completely under control and I was weaned off all my medications. I said goodbye to my pain management doctor and started my new life.

In 2011, after flying with an instructor and proving I could control the aircraft, I flew with the FAA. They worked my legs for an hour to be sure I was safe in the cockpit. I passed and was issued a certificate allowing me to fly again.

At the same time, I volunteered as a bike medic for a local marathon. After a few years of riding the 26 mile route, I decided to train for the 5K race the day before the marathon. In 2013, I ran my first 5k race. My goals were to run the whole 5K, not to use my cane, and to not come in last. I accomplished all three goals. I was ecstatic! The next day, I rode as a bike medic again.

My friends at work asked what was next for my running goals. Out of my mouth came “triathlon” even though I had never done one before. I trained with a friend for a year and I did my first triathlon in 2014. I was on a definite high from that. To celebrate my accomplishment, my husband decided to take me snowboarding. It was something I never expected to be able to do again except in my dreams. In 2016, we headed to the mountains. As it had been so long since I last snowboarded, I worked with an adaptive instructor. By the end of the third day, I was able to board down an intermediate run. I was crying. My husband was crying. The instructor was crying. With that, I completed my bucket list: flying, running, and snowboarding. The once impossible was now possible again. What is next for me? Who knows? The sky's the limit!

Did you find this helpful?
Topics
Patient's StorySpinal Cord Stimulation (SCS)Patient AmbassadorsPatient & Physican Feedback
You may also like

A spinal cord stimulator (SCS) is a small implanted device that sends electrical pulses to the brain to mask pain signal from reaching the brain, and has been used for almost 30 years to help patients reduce chronic pain and opioid usage.
learn more

Support, validation, and education are important to anyone living with a painful condition. Patient support groups help individuals share what they have learned along their pain journey to encourage others to learn from their experiences.
learn more

Living with chronic pain can be discouraging and lonely. It is easy for someone to feel like they are all alone. The journey from that first experience of pain to getting a correct diagnosis can be long, taking years, in some cases. Reading other individual’s stories about their journey with...
learn more

Chronic pain patients are often assailed with suggested treatments and apps. It can be difficult to know what is helpful and worth trying. PainScale patient stories provides information or “stories” written by someone like you, a person living with chronic pain, and about the helpfulness of the...
learn more