The Relationship Between Chronic Opioid Treatment and Sleep Apnea 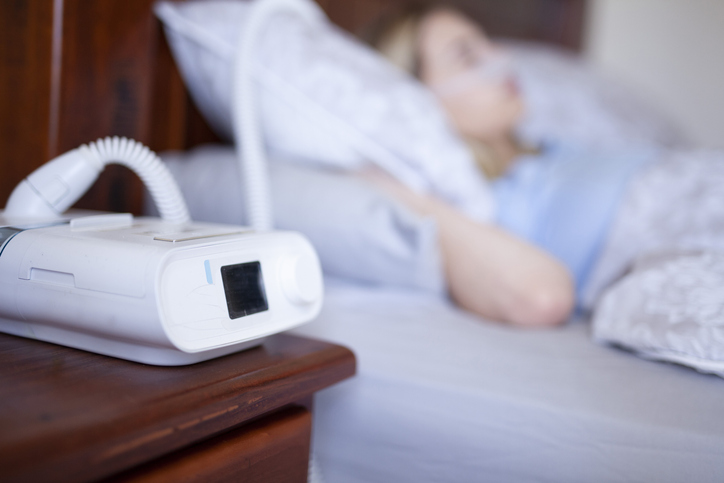 A well-established link exists between chronic pain and sleep issues: pain often disturbs sleep patterns, and lack of quality sleep often increases pain. The use of opioid medications to treat chronic pain may cause yet another sleep issue — sleep apnea.

What is sleep apnea?

The use of opioid medications may also cause sleep apnea. This is especially true with long-term opioid use for the treatment of chronic pain.

Opioid medications work on receptors in the brain that control both pain and respiration. They can slow respiratory rates, decrease the amount of air taken into the lungs, and affect respiratory patterns. These effects are especially pronounced during sleep, leading to the development of sleep apnea. Sleep apnea caused by opioid medications may even cause lower oxygen saturation levels at night than sleep apnea from other causes.

Not only can sleep apnea prevent restful sleep, causing fatigue and increased pain, but it can also lead to serious health complications, such as stroke, heart failure, or heart attack. For these reasons, it is important to discuss the risks and benefits of chronic opioid treatment with a physician. Individuals with other pre-existing risk factors for developing sleep apnea should be particularly aware of chronic opioid treatment and the risk of developing the condition.

Did you find this helpful?
Topics
SleepingOpioidsCoping on a Daily BasisLiving with Chronic Pain
You may also like