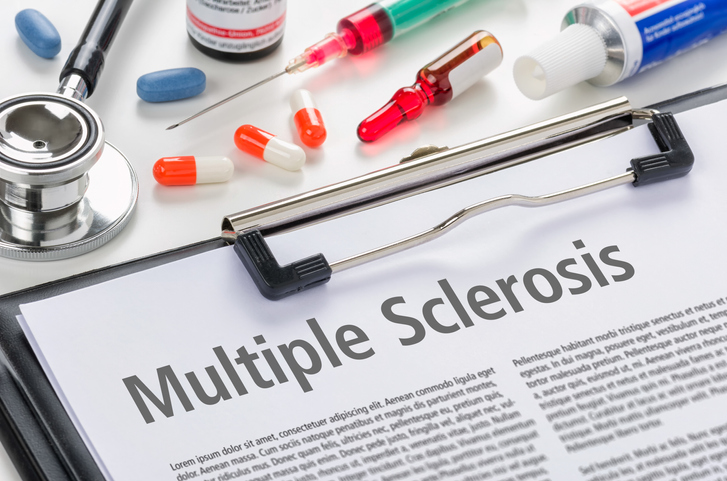 Clinically-isolated syndrome (CIS) involves an isolated incident of neurologic symptoms that last at least 24 hours. Symptoms are caused by inflammation and demyelination (damage to the protective covering of the nerves) in the central nervous system. An episode of CIS does not guarantee an MS diagnosis. However, if an MRI shows MS-like brain lesions, a relapsing-remitting MS diagnosis is likely.

Relapsing-remitting multiple sclerosis (RRMS) is the most common type of MS. Eighty-five percent of people with multiple sclerosis are initially diagnosed with relapsing-remitting MS. This type of MS usually begins in early adulthood, with symptoms typically appearing in the early 20s to 30s. RRMS is characterized by flare-ups of symptoms (relapses) followed by times when symptoms are reduced or not present (remission). Both relapses and remissions can last from a day to several months or even years. Symptoms of RRMS usually respond to treatment. It is important to note that early diagnosis and treatment of RRMS can help delay or prevent the condition from developing into a progressive type of MS.

With primary-progressive multiple sclerosis (PPMS), relapses and remissions are indistinguishable, and symptoms progressively worsen. PPMS is complex and difficult to diagnose; approximately 15% of people with MS have this type and are usually diagnosed after the age of 40. Unfortunately, treatments for PPMS are not usually helpful, and it leads to disability sooner than other types of MS.

With secondary-progressive multiple sclerosis (SPMS), the relapses become longer, and the remissions become shorter. Symptoms do not fully resolve during remission. Worsening MS symptoms usually involve difficulty with mobility and gait. Approximately 60-80% of those who have RRMS eventually develop SPMS (usually within 10-20 years).

*Note: The types of MS were redefined in 2013; as a result, progressive-relapsing MS is no longer considered a distinct type.

With progressive-relapsing multiple sclerosis (PRMS), symptoms progress steadily from onset but are interspersed with recovery periods. PRMS is now included under primary-progressive MS as either “active” or “not active.”