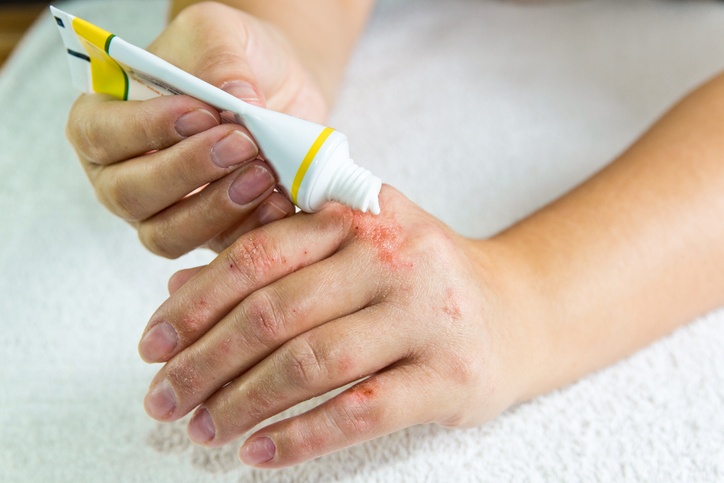 Symptoms of psoriasis range from pinhead-sized spots on the skin to major eruptions that cover large areas of skin. Symptoms most commonly occur in cycles, flaring for a few weeks or months, then subsiding or going into remission.

The goals of treatment for psoriasis are to soften and remove scales and to prevent skin cells from multiplying too quickly. Conventional medical treatment options for psoriasis include topical medications, light therapy, and oral or injectable medications.

Topical medications are typically the first medications used to treat psoriasis. They generally come in the form of ointments, creams, gels, oils, soaps or shampoos. Some can be purchased over the counter, while others are prescribed by a physician. Topical medications for psoriasis include the following:

In addition to topical medications, light therapy can also reduce symptoms of psoriasis. Light therapy, or phototherapy, can slow down the fast multiplication of skin cells that occurs with psoriasis. Repeated treatments are necessary, typically a few times per week until symptoms improve. Types of light therapy for psoriasis include: