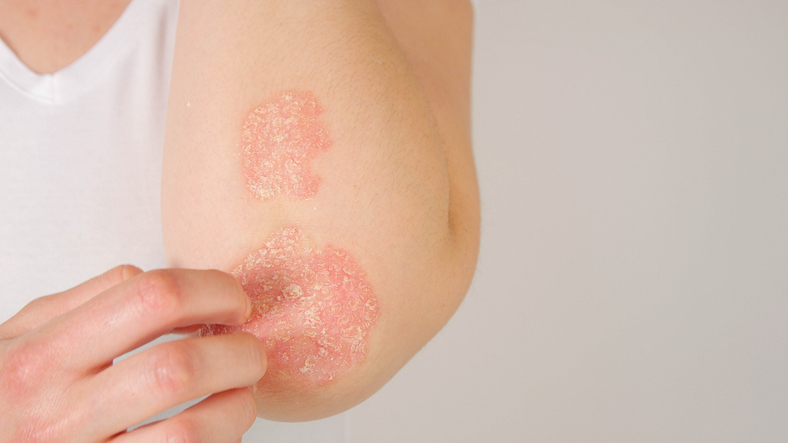 Psoriasis is an autoimmune disease that causes skin cells to multiply up to 10 times faster than normal. Symptoms most commonly occur in cycles, flaring for a few weeks or months, then subsiding or going into remission; however, it may also be monophasic, meaning symptoms only occur once.

There is a wide spectrum of severity and manifestations of psoriasis. Common symptoms of psoriasis include the following:

Psoriasis may present as pin-sized spots or large plaques. Eruptions may be localized to small areas, like the palms of the hands and soles of the feet, or may be widespread and cover most of the body. Sometimes, the swollen and stiff joints that occur due to psoriatic arthritis are the first and only sign of psoriasis. There are other symptoms associated with certain types of psoriasis:

The following factors are associated with an increased risk of developing psoriasis: