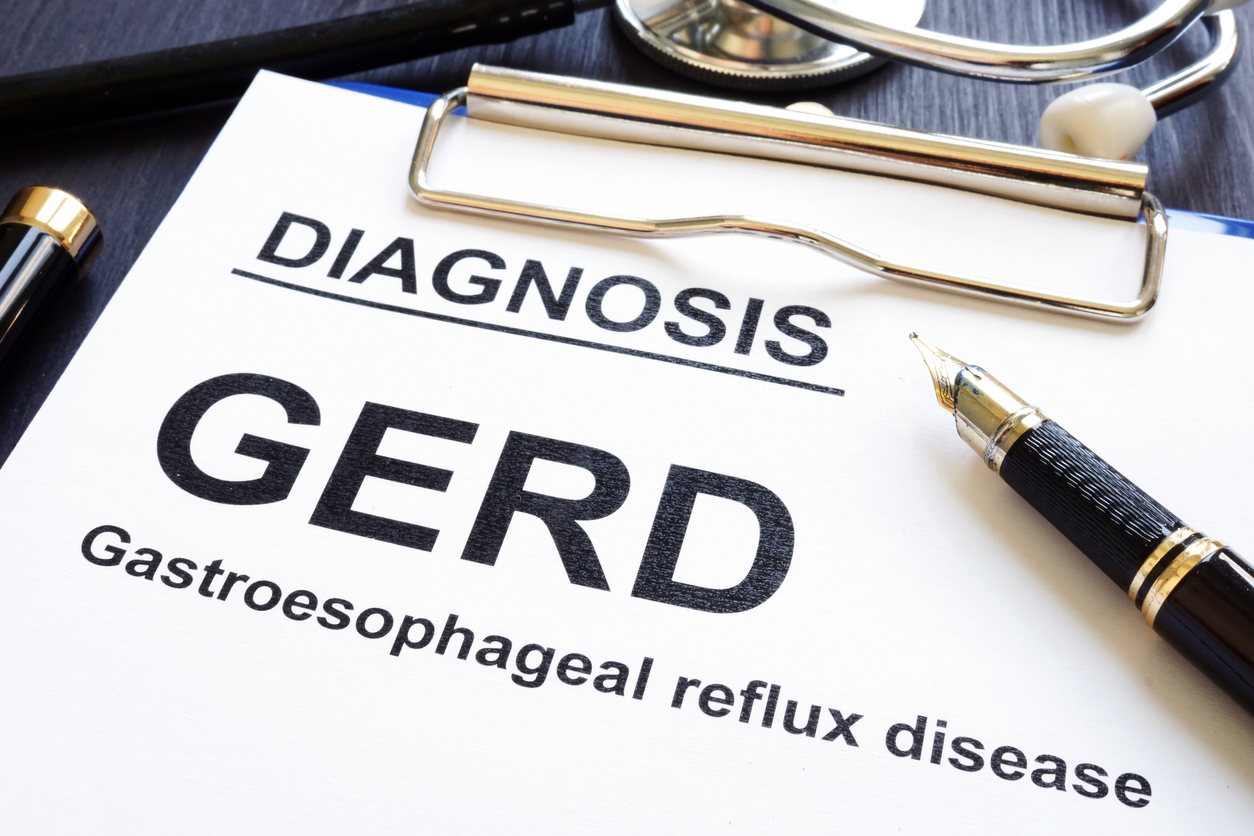 Although chest pain can be a symptom of GERD, a health care professional should be consulted to determine if it is caused by a serious health problem. The typical process for diagnosing GERD may include health history, physical examination, food diary, X-rays, and certain testings.

A medical history will be gathered and evaluated. This should include detailed symptoms, duration, type of pain, and when it occurs. It will also include a family medical history.

A physical examination can rule out other conditions, such as a hiatal hernia. A medical professional may listen to the stomach, look at the throat, and feel the abdomen.

A food diary may be requested to track foods consumed in correlation with the symptoms. This will help to get a better idea of the symptom cause. Diet adjustments may be recommended.

An ambulatory acid probe test, or pH monitoring, measures the amount of acid that rises from the stomach into the esophagus over a 24-hour period.The catheter is a long, thin, flexible tube with a pH sensor that is inserted through the nose and into the esophagus. As an alternative to the tube, a clip can be attached to the esophagus lining during an endoscopy to measure acid. It detaches itself and will be expelled via the stool in approximately two days.

An X-ray helps determine issues in the throat, stomach, and upper intestines. In order to make these areas visible, a chalky liquid called barium is swallowed prior to conducting the X-ray. This can cause nausea and bloating following the test. A barium pill may also be given to look for narrowing of the esophagus, which can cause difficulty swallowing.

Barium is swallowed and a radiologist analyzes the stomach and esophagus under fluoroscopy. This test can help determine if the esophagus is narrowing or if a hiatal hernia is present. However, a normal esophagram does not rule out the possibility of GERD.

An endoscopy consists of a light and tiny camera at the end of a long, thin tube that goes into the digestive tract. It is inserted down the throat, through the esophagus, and into the small intestine to check for damage. A tissue biopsy can also be obtained during this test to rule out other conditions, such as Barrett’s esophagus or ulcers. Furthermore, it is common for the endoscopy results to be normal even though GERD is present. An endoscopy can also help detect esophagitis (inflammation in the esophagus) or other disorders.

Also known as esophageal motility testing, a manometry involves a long, thin tube being inserted through the nose and into the esophagus. The tube has sensors that measure muscle contractions of the esophagus and strength of the lower sphincter when swallowing. Proper functionality allows food to move from the esophagus into the stomach.