What Is Gastroesophageal Reflux Disease (GERD)? 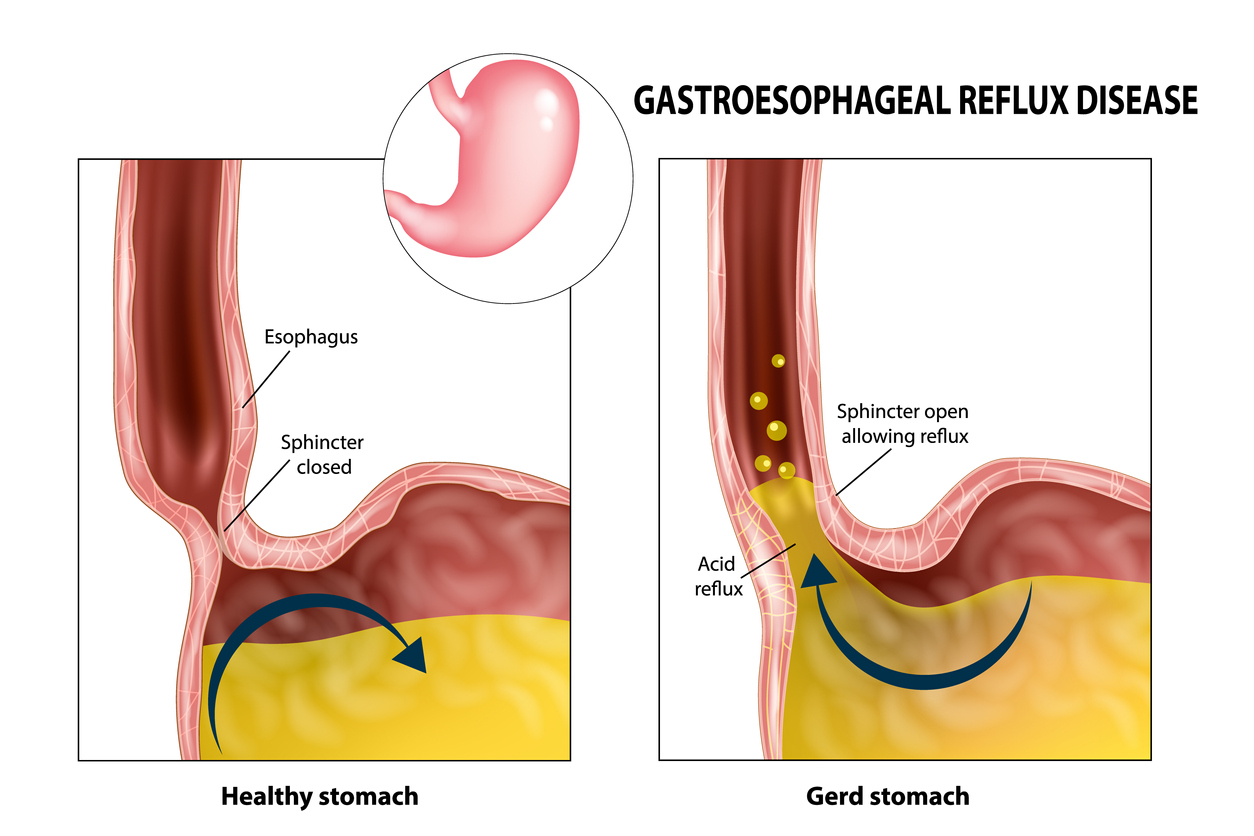 The most common symptom of gastroesophageal reflux disease is heartburn, which is not the same as GERD. Other symptoms of GERD include, but are not limited to, the following:

Nighttime symptoms of GERD may include:

Conditions that may increase the risk of developing GERD include the following:

Other factors that may exacerbate acid reflux symptoms include the following: