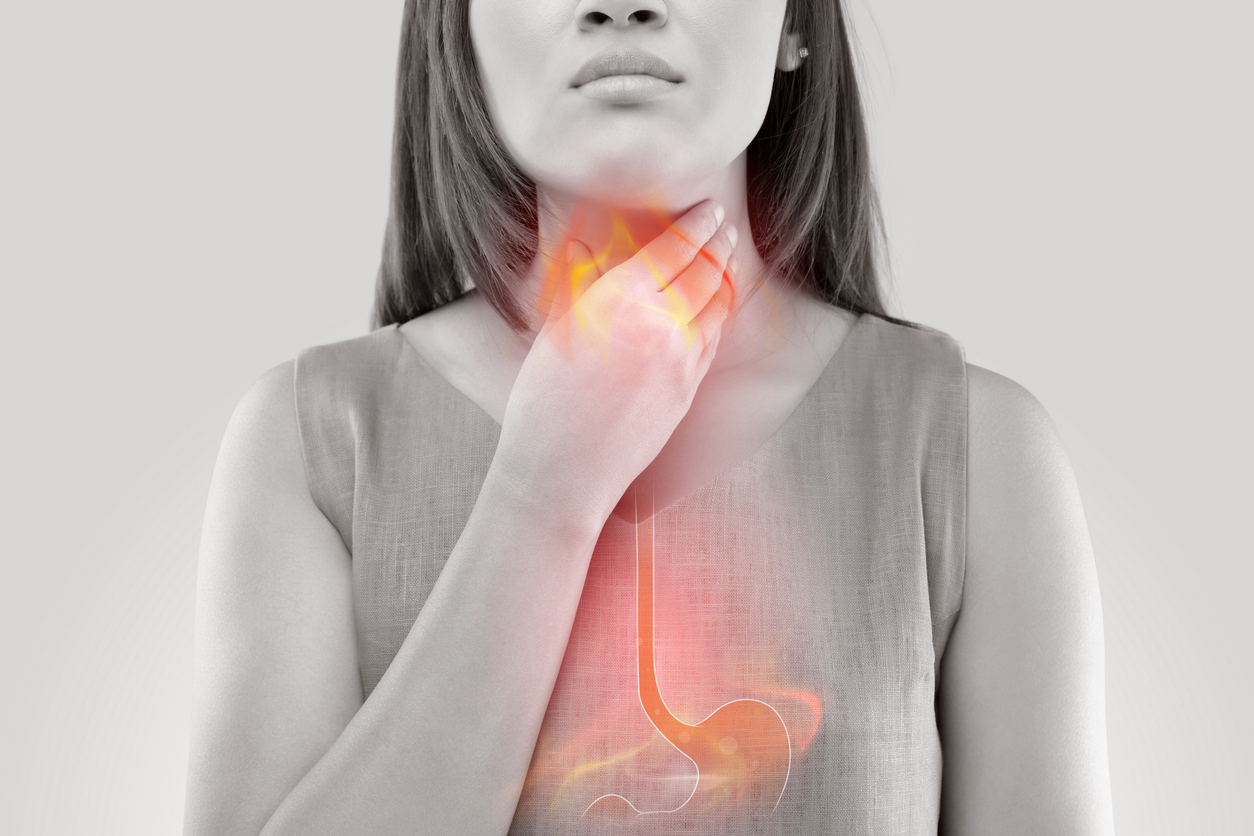 GERD has four stages, each with different symptoms and treatment options. Determining the stage is essential in receiving the most effective treatment. Stages of GERD are determined by severity and frequency.

The first stage of GERD is typically characterized by chest pain, heartburn, lump sensation in the back of the throat, and infrequent regurgitation (less than once per week). The lower esophagus may become slightly inflamed. The main treatment for mild GERD is lifestyle adjustments, such as avoiding spicy foods and alcohol, decreasing or quitting tobacco use, abstaining from food three hours before bed, and sleeping with an elevated head. Over-the-counter antacids are also beneficial.

The second stage of GERD presents the same symptoms as the first stage; however, symptoms occur several times a week and result in significant esophageal inflammation. The symptoms do not respond to over-the-counter antacids and may require a prescription for an H-2 blocker or proton pump inhibitor.

In addition to the symptoms experienced with mild to moderate GERD, severe GERD may cause a chronic cough, sore throat, and hoarse voice. These symptoms frequently occur numerous times each week or on a daily basis. Because severe GERD is typically unresponsive to medications, a GERD specialist should be consulted to devise a treatment plan. Advanced testing and pH studies are usually needed.

The fourth stage of GERD indicates other possible complications are present. In addition to the above symptoms, food may also get stuck in the esophagus while eating (dysphagia). If this stage of GERD is suspected, seek immediate care from a GERD specialist. Lifestyle changes and daily medication are often needed. Treatment may also involve surgery or cancer treatment, if applicable.

GERD may present various complications, especially if left untreated. Stomach acid that backflows can cause damage to the esophagus and teeth. Potential complications of GERD include the following: