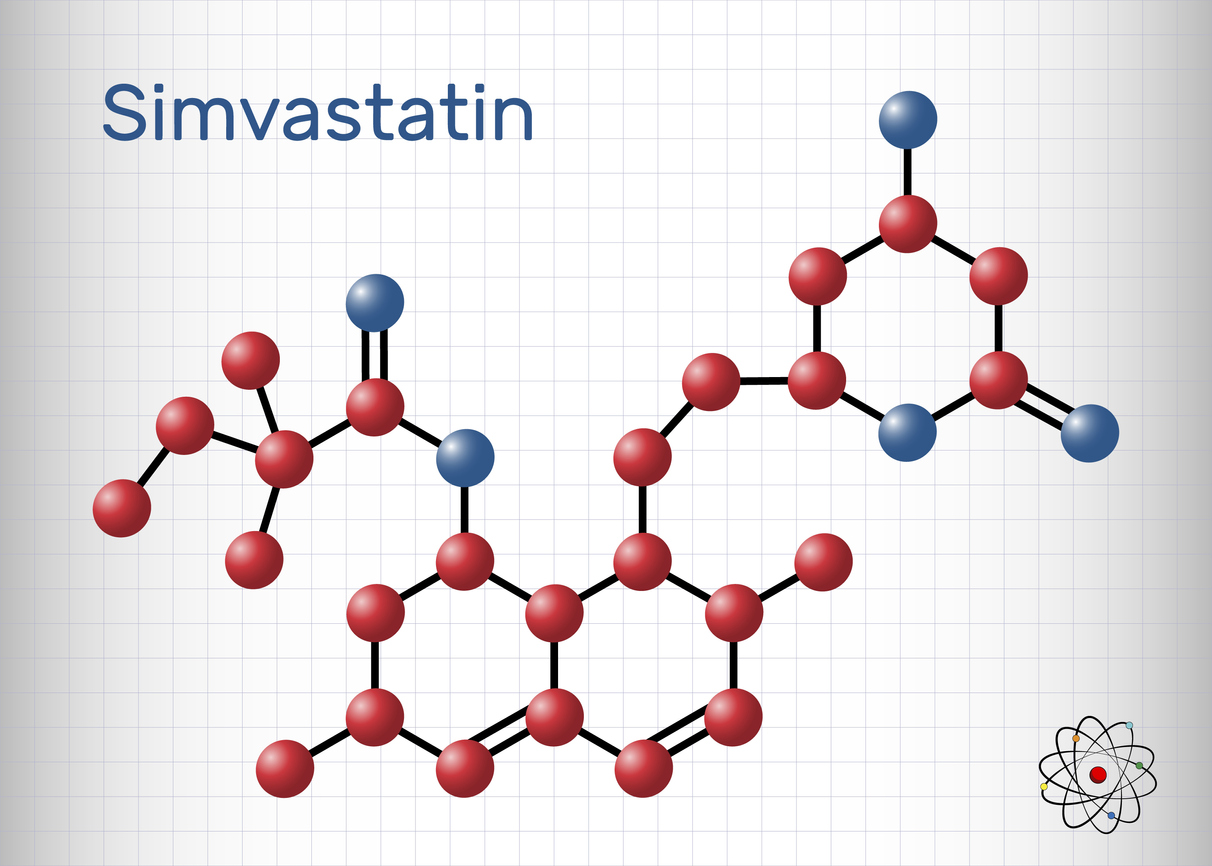 What is complex regional pain syndrome?

Complex regional pain syndrome (CRPS), also known as reflex sympathetic dystrophy syndrome (RSDS), is a type of chronic pain condition. It generally occurs after an injury and typically affects one limb (arm, leg, hand or foot). Though complex regional pain syndrome is not yet completely understood, it is believed that CRPS develops when the central or peripheral nervous system is damaged or malfunctions. It may also be caused by an immune system response.

Simvastatin is a statin medication that is commonly used to reduce bad cholesterol levels and increase good cholesterol levels in the blood. It lowers the amount of cholesterol produced by the liver. Recent research suggests that simvastatin may decrease inflammation and pain associated with complex regional pain syndrome (CRPS).

Scientists studied the effects of simvastatin on CRPS-like pain in mice. They found that the medication was effective in reducing the neuropathic pain in the mice. The effects were most notable after daily treatment for 21 days. Simvastatin did not, however, prevent inflammatory signs in the mice. Since this result was different from other preclinical studies showing that statins decrease or prevent inflammation, additional research is needed to determine whether simvastatin and other statins impact inflammation.

How it works for CRPS

Simvastatin appears to work differently than other pain relievers that may be used to treat CRPS. For example, it works independently of medications that target the neurotransmitters serotonin or dopamine. This makes simvastatin a promising option to be used as an alternative to, or in addition to, currently-available CRPS treatments. However, additional research, including studies involving humans, is needed to determine the safety and effectiveness of simvastatin as a treatment for CRPS.