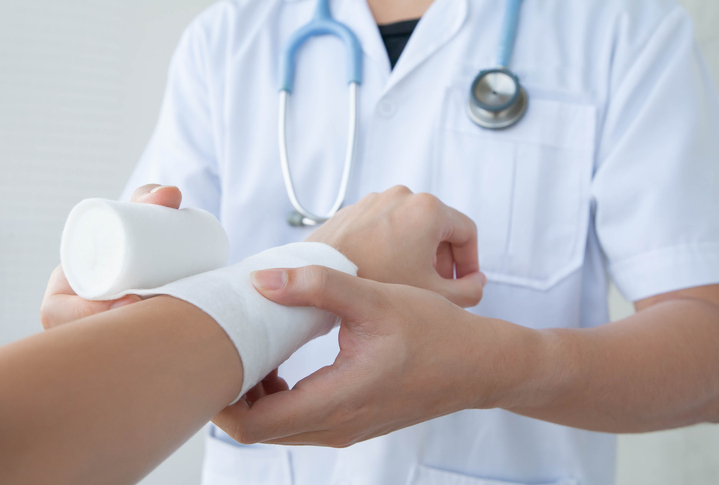 Complex regional pain syndrome (CRPS), also called reflex sympathetic dystrophy syndrome (RSDS), is a type of chronic pain condition. It typically occurs after an injury and affects one limb (arm, leg, hand or foot). Though complex regional pain syndrome is not yet completely understood, it is believed that CRPS develops when the central or peripheral nervous system is damaged or malfunctions. It may also be caused by an immune system response.

What are the triggers of complex regional pain syndrome?

CRPS is usually triggered by a major trauma, such as a fracture or amputation, but it can be triggered other ways, too:

What are the stages of complex regional pain syndrome?

This stage usually lasts as long as one to three months and can include the following symptoms in the affected limb:

Stage two typically lasts three to six months. As time passes, symptoms progress. The skin keeps changing and nails become hard, brittle and easily cracked. Pain intensity increases as joints considerably stiffen and swell and muscles weaken. The pain may also spread throughout the limb or to an unaffected limb. Hair growth also slows down during this stage.

This stage is known as the chronic phase and can develop up to a year after the initial onset of the condition. This stage can last for many years and even become permanent. Pain intensity may be intermittent or remain constant. The skin is typically dry, pale, cool and shiny at this stage. Atrophy can develop, leading to loss of function of the affected limb. In extreme cases that are located in the upper extremities, developing a frozen shoulder or a claw hand is a possibility.