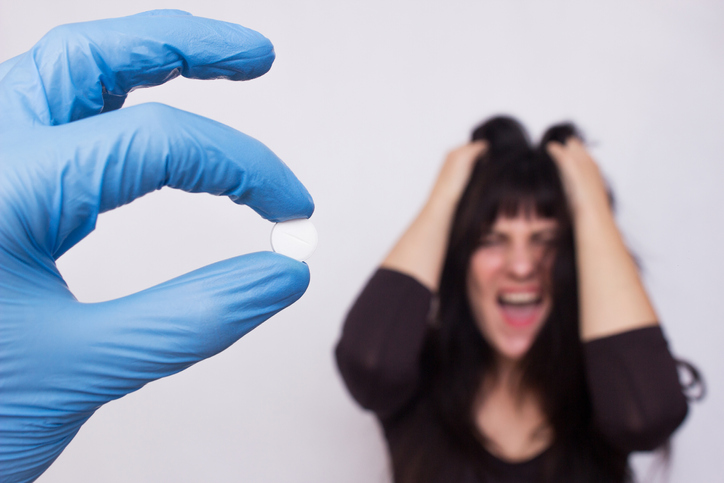 Steroids are used to treat numerous health conditions including, but not limited to, the following: asthma, rheumatoid arthritis, lupus, anaphylaxis and many others. Prediction of adverse effects of steroid consumption is unknown; however, dosage is crucial as increased risks arise with doses higher than 40 mg. Although steroids are often beneficial for individuals with serious illnesses, they can also produce unwanted, and sometimes serious, side effects.

A severe side effect that can occur with steroid use is steroid psychosis. It is most likely to develop during the first week of treatment with steroids. Psychoses can range from schizophreniform to an organic brain syndrome. Untreated steroid psychosis can cause individuals to harm themselves or others.

Steroids should never be stopped suddenly or without the care of a physician. Physical dependence and withdrawal can occur with steroid medication. It is important that individuals slowly taper off of any steroid medication, especially after long-term use. Withdrawal symptoms may be severe and include mood swings, fatigue, restlessness, loss of appetite, insomnia, loss of sex drive, steroid cravings and depression.

A health care provider or emergency department should be contacted if loss of reality occurs during steroid treatment, tapering or withdrawal. Diagnosis tests may include psychiatric evaluation and testing, brain scans, blood tests for hormone levels, blood tests for other infections, drug screens and MRIs.

Risk factors include taking a tricyclic antidepressant concurrently with steroids, steroid dosage equal to or greater than 40 mg, and being female.

While it may be necessary to be on steroids, great care should be taken during treatment and tapering. Individuals should be under the close care of either a doctor or a psychiatrist.

Did you find this helpful?
Topics
SteroidsSteroid PsychosisMedicationsTreatments
You may also like

Steroids are chemical hormones produced naturally by the body, and can be lab-made to reduce inflammation. Corticosteroids help prevent the immune system from producing substances that cause inflammation, and anabolic steroids build muscle mass depleted by conditions like cancer.
learn more