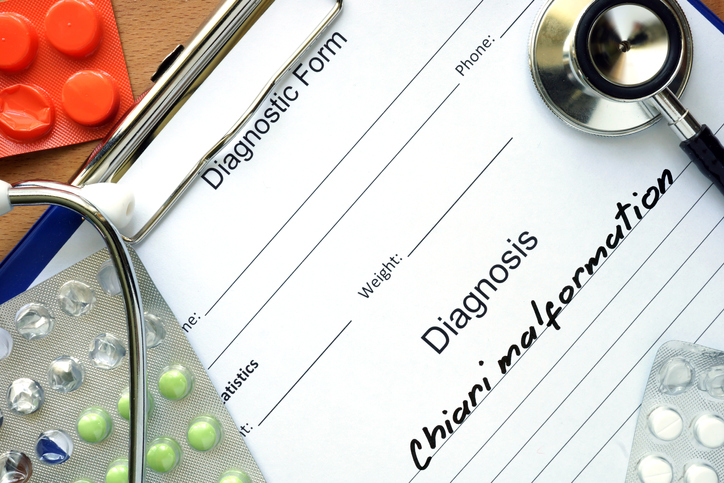 Type I is the most common type of Chiari malformation and is often found in children. In Type I, the lower part of the cerebellum (not the brain stem) extends into an opening at the base of the skull called the foramen magnum. Typically, only the spinal cord goes through this opening. Type I is the only type of primary Chiari malformation that can be acquired after birth.

Oftentimes, Type I Chiari malformation does not produce symptoms; in fact, many individuals who have the condition don't even know it. Due to lack of symptoms, many adolescents and adults are inadvertently diagnosed during an examination for another condition. Symptoms may develop later in life. If symptoms do present, they include, but are not limited to, the following:

Type II is the classic form of Chiari malformation and found in children born with spina bifida. Spina bifida is a condition in which the spinal cord does not completely form and properly close before birth, resulting in damage to the spinal cord and nerves. Children born with Type II Chiari malformation also have hydrocephalus (cerebrospinal fluid in the brain or "water on the brain"). In Type II, the brain stem and cerebellum extend into an opening at the base of the skull called the foramen magnum.

Chiari malformation Type II may be diagnosed after birth; however, it is typically diagnosed via ultrasound during pregnancy. Symptoms typically appear in early childhood and are more severe than Type I. Symptoms of Type II may include the following:

Type III is the rarest and most serious type of Chiari malformation. It involves protrusion of the cerebellum and brain stem into the spinal cord through an opening in the back of the skull. This causes severe neurological defects resulting in the highest mortality rate of the four types. Typically, diagnosis is made at birth or via a pregnancy ultrasound.

Symptoms of Type III typically appear in infancy and may cause life-threatening complications. Chiari malformation Type III symptoms may include the following:

Type IV is extremely rare and consists of an underdeveloped cerebellum. Oftentimes, it is associated with exposed parts of the skull and spinal cord. Although the cerebellum may be in the correct position, parts of it are missing.