What Is Pelvic Inflammatory Disease? 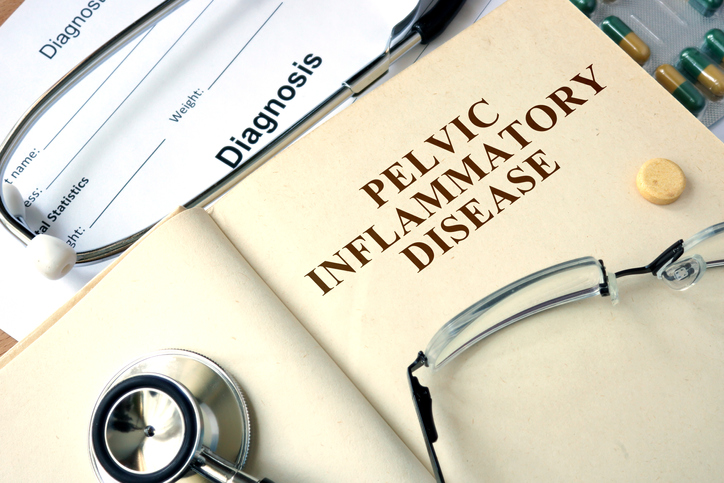 Pelvic inflammatory disease (PID) is an infection of the female reproductive organs (cervix, uterus, Fallopian tubes, and ovaries). It is typically caused by a sexually transmitted infection (STI); in fact, 90% of PID cases are caused by chlamydia or gonorrhea. If left untreated, PID can lead to fertility issues, chronic pelvic pain, ectopic pregnancies, or tubo-ovarian abscesses.

Symptoms of PID vary widely from person to person, ranging from no symptoms to symptoms of intense pain and bleeding. Other symptoms include, but are not limited to, the following:

Severe symptoms require immediate medical attention. These are signs that the infection may have spread and could be life-threatening.

PID develops from bacteria that spread through the reproductive system. The majority of PID cases are caused by an STI. However, PID can also be caused from other types of bacteria that enter the reproductive tract when the cervix is vulnerable (e.g., during menstruation or after childbirth, abortion, or miscarriage), during implantation of an intrauterine device (IUD), or during a medical procedure that requires the insertion of instruments into the uterus.

Factors that increase the risk of developing pelvic inflammatory disease include the following:

Prompt treatment of PID is imperative, even if symptoms are not severe. Treatment can minimize the risk of potential complications and long-term effects of PID, such as infertility and chronic pelvic pain.

Did you find this helpful?
Topics
Genital & Urinary PainPain LocationPain
You may also like

Also referred to as genitourinary pain, it is any pain in the pelvic region, the genitals and the urinary tract.
learn more