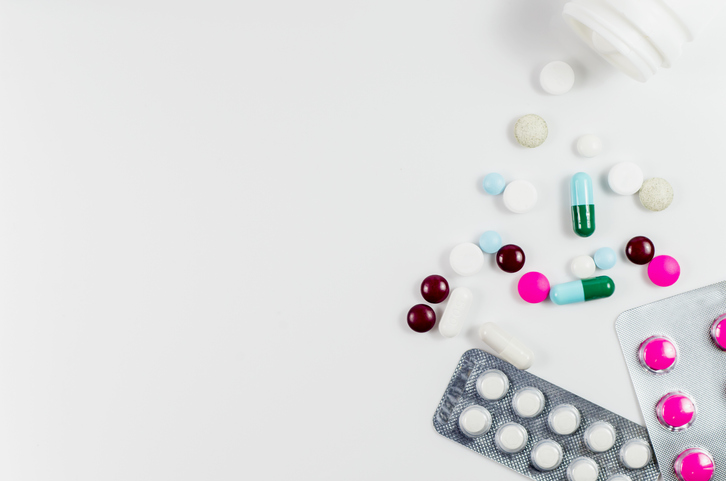 Antidepressants are prescribed medications used to treat symptoms of clinical depression by balancing certain natural brain chemicals. These medications typically take several weeks to ease depression symptoms. It is important to note that antidepressants should never be stopped suddenly.

Tricyclic antidepressants were developed in the 1950s and typically cause more side effects than newer categories of antidepressants; therefore, they are not typically prescribed unless other antidepressants are ineffective. TCAs increase levels of norepinephrine and serotonin while blocking other neurotransmitters, such as histamine and acetylcholine. TCAs may also be prescribed for anxiety disorders, chronic nerve-related pain, migraine prevention, obsessive-compulsive disorder (OCD), panic attacks and post-traumatic stress disorder (PTSD). Possible side effects of TCAs include, but are not limited to, constipation, dry mouth or sedation. TCAs include imipramine, nortriptyline, amitriptyline, doxepin and desipramine.

Monoamine oxidase inhibitors were commonly used to treat depression from the late 1950s to the early 1970s. However, today, they are not the first line of treatment for clinical depression because of the possible serious side effects and diet restrictions. Dangerous interactions can occur with certain medications (e.g., pain medications, herbal supplements and decongestants) and some foods (e.g., certain cheeses, pickles and wines). MAOIs work by blocking monoamine oxidase enzymes, which break down the neurotransmitters dopamine, norepinephrine and serotonin. MAOIs cannot be combined with SSRIs and may cause withdrawal syndrome upon discontinuation. MAOIs include phenelzine, isocarboxazid and tranylcypromine. Selegiline, an MAOI available in patch form, has fewer possible side effects than other MAOIs.

Selective serotonin reuptake inhibitors were developed in the 1980s and are often the first choice of prescription antidepressant treatment. They work by increasing levels of serotonin in the brain by preventing the reuptake of serotonin by nerves. Serotonin contributes to good mood, appetite and well-being. It also helps regulate the sleep cycle. Possible side effects of SSRIs are few and generally not severe. SSRIs include escitalopram, sertraline, citalopram, paroxetine and fluoxetine.

Did you find this helpful?
Topics
AntidepressantsMedicationsTreatments
You may also like

Antidepressants are a broad range of drugs that treat depression by altering brain chemicals to reduce restlessness, anxiety, and sleep disorders. These drugs work by altering the functioning of brain regions that are controlled by neurotransmitters, which transfer messages between brain cells...
learn more