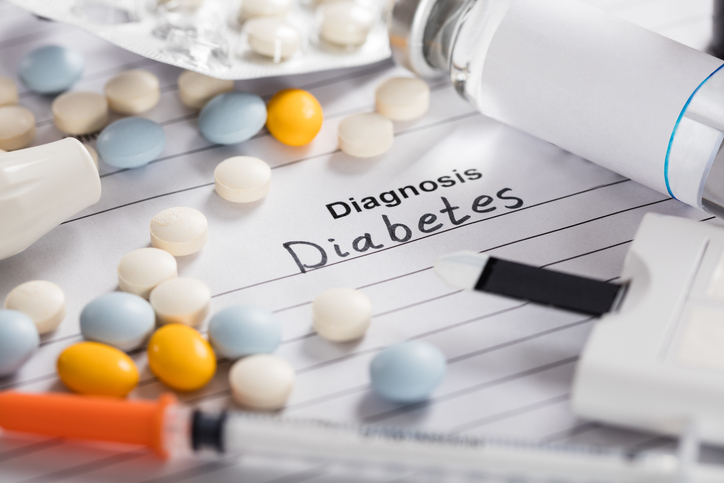 What is diabetes mellitus (DM)?

Diabetes mellitus, commonly known as diabetes, is a metabolic disease that affects the amount of glucose in the blood (blood sugar). The body breaks down food and drinks into a simple sugar called glucose. Glucose is then used by the body as a source of energy for the brain, muscle cells and tissue cells.

Diabetes mellitus occurs when the body doesn’t make enough insulin or can’t effectively use insulin. Insulin is a natural hormone produced by the pancreas; it transports glucose from the blood to the body’s cells to be stored and used for energy. When the pancreas produces little to no insulin or the cells in the body can’t effectively use insulin (insulin resistance), too much glucose remains in the bloodstream, resulting in hyperglycemia (high blood sugar).

Diagnostic tests for type 1 diabetes, type 2 diabetes and prediabetes include the following:
(Please note — mg/dL refers to milligrams per deciliter, and mmol/L refers to millimoles per liter.)

Type 3 diabetes is a controversial diagnosis and is not yet widely accepted in the medical community. Type 3 is described as “diabetes of the brain.” The hypothesis is that Alzheimer’s disease is triggered by a type of insulin resistance in the brain.

Although there is no specific test for type 3 diabetes, the diagnostic process for Alzheimer’s disease includes, but is not limited to, the following: