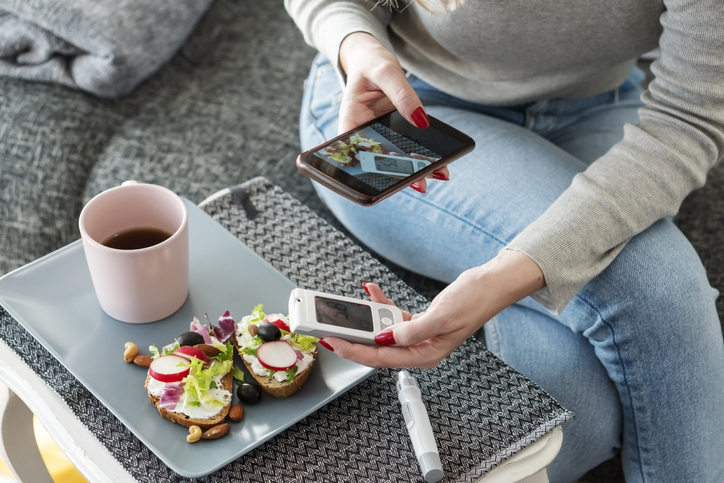 Diabetes mellitus is a metabolic disease that affects the amount of glucose in the blood (blood sugar). The body breaks down food and drinks into a simple sugar called glucose. Glucose is then used by the body as a source of energy for the brain, muscle cells and tissue cells.

Insulin is a natural hormone produced by the pancreas; it transports glucose from the blood to the body’s cells to be stored and used for energy. Diabetes mellitus, or diabetes, occurs when the body doesn’t make enough insulin or can’t effectively use insulin.

Type 1 and type 2 are the main types of diabetes; additional types include, but are not limited to, gestational, type 3, and brittle diabetes.

Type 1 diabetes is an autoimmune disease that occurs when the immune system attacks and destroys insulin-making cells in the pancreas. When too little or no insulin is made, glucose cannot get into the body’s cells, resulting in high blood sugar levels.

Type 1 diabetes is characterized by the fluctuation of high glucose levels. The differing levels can be dangerous due to unpredictable and rapid changes in blood sugar.

An estimated 10% of people with a diabetes diagnosis have type 1; however, it is the most common form of diabetes for those under the age of 30. Insulin injections are typically used to control blood sugar levels in those with type 1 diabetes.

Type 2 diabetes is a chronic metabolic condition. It occurs as a result of the body becoming resistant to insulin, causing sugar to build up in the blood. The pancreas either doesn’t produce enough insulin or the insulin doesn’t work properly. Type 2 diabetes is often referred to as adult onset diabetes and is the most prevalent type of diabetes.

An estimated 90% of individuals with a diabetes diagnosis have type 2. It occurs most often in people over 40 years of age; however, it can also occur in childhood. Type 2 diabetes is typically controlled with diet, exercise, and glucose-lowering medications (oral or insulin injections).

Prediabetes is often a precursor of type 2 diabetes. It is diagnosed when blood sugar levels are higher than normal but not high enough for a type 2 diabetes diagnosis.

Hormonal changes during a pregnancy can alter the effectiveness of insulin, resulting in gestational diabetes. The placenta produces insulin-blocking hormones that cause a pregnant woman's cells to become less sensitive to insulin effects. This results in high blood sugar levels.

Oftentimes, gestational diabetes does not cause symptoms. It is typically found during routine blood sugar tests between week 24 and week 28 of gestation. Although rare, symptoms of increased thirst or urination may be experienced. Women who are overweight before pregnancy or gain too much weight during pregnancy are more likely to develop gestational diabetes.

Type 3 diabetes is often described as “diabetes of the brain.” It occurs when neurons in the brain are unable to respond to insulin, which is required for basic cognitive tasks, such as memory and learning. Researchers believe that insulin deficiency is an important factor in the cognitive decline related to Alzheimer's disease. Type 3 diabetes should not be confused with type 3C diabetes (pancreatogenic diabetes), which occurs as a result of damage to the pancreas.