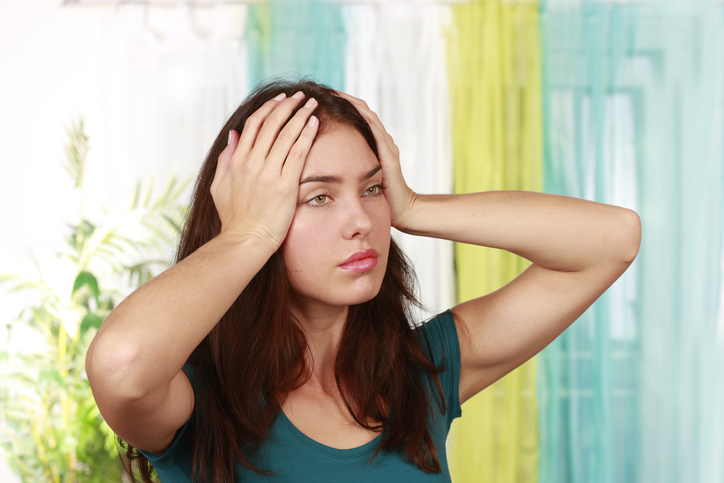 What is a migraine aura?

Migraine auras involve sensory disturbances, such as blind spots, colored spots or wavy lines in the visual field, difficulty speaking, uncontrollable movements, muscle weakness, tingling sensations in an arm or leg, or auditory changes, that typically occur for approximately 20 to 60 minutes before or during a migraine. About 20% of people with migraines experience auras; however, most migraines occur without an aura.

Migraines with and without aura share the same symptoms, such as head pain that worsens with movement, sensitivity to light, sound, and smells, and nausea or vomiting. Migraine symptoms can last anywhere from a few hours to a few days.

The causes of both types of migraines are the same, including genetics and hormonal changes. Triggers, such as stress, bright lights, certain foods or drinks, and too much or too little sleep can lead to either type of migraine. Reducing stress and avoiding personal triggers can help prevent them.

The treatments for migraines with and without aura are the same. Pain medications and preventative medications can be used with either type.

One difference between the two types of migraines is that migraines with aura slightly increases the risk of stroke. It is important to be aware of this increased risk, especially if other risk factors for a stroke are present, such as taking birth control pills or smoking.

Another difference is that people who have migraines with aura may need more testing to confirm a diagnosis when the migraines first occur. Because an aura can indicate a more serious condition, such as a stroke, seizure, or retinal tear, an eye exam or imaging tests may be necessary.

Regardless of the type, migraines can be debilitating. It is important to receive a proper diagnosis, obtain treatment, and prevent personal triggers as much as possible.