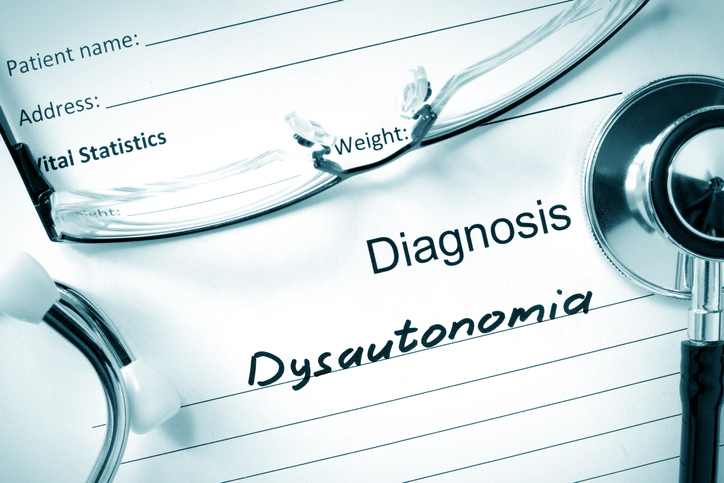 What is the autonomic nervous system?

What are the characteristics of dysautonomia?

Dysautonomia can be localized (e.g., complex regional pain syndrome) or generalized (e.g., widespread involvement of the autonomic nervous system). It can be acute and reversible (e.g., Guillain-Barre syndrome), or it can be chronic and progressive.

What are the symptoms of dysautonomia?

Dysautonomia is unpredictable and highly individualized: symptoms vary in type, severity and duration. They include, but are not limited to, the following:

What are the types of dysautonomia?

What are the risk factors for developing dysautonomia?

Factors that increase the risk of developing dysautonomia include being of Jewish or Eastern European descent or having a family member with the disorder.

Health conditions that are associated with secondary dysautonomia —and therefore increase the risk of the condition — include, but are not limited to, the following: