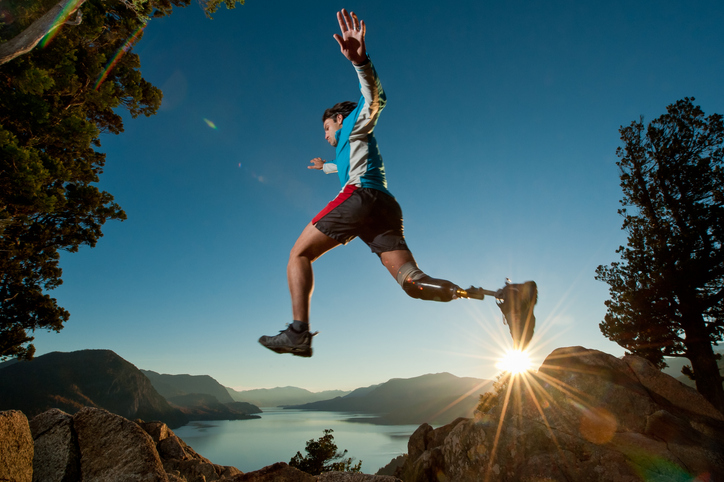 Mirror therapy is a medication-free treatment used to treat complex regional pain syndrome (CRPS) and phantom limb pain. It is a relatively simple treatment and is often successful in providing some degree of pain reduction in approximately 80 percent of individuals.

Complex regional pain syndrome (CRPS) develops when dysfunction occurs in the central or peripheral nervous system. It typically arises after an injury and affects one limb (arm, leg, hand or foot). With CRPS, the nerves send faulty pain signals to the brain after the initial injury has healed. The main symptom of CRPS is severe pain in the affected limb. In addition to various other symptoms, CRPS can limit movement of the affected limb and also cause swelling and limb discoloration.

How does mirror therapy for CRPS work?

Mirror therapy for CRPS is a straightforward treatment in which an individual places the limb that is affected by CRPS into a mirror-therapy box while watching the non-affected limb in the mirror on the outside of the box. The affected limb stays covered, so the brain doesn’t see it. The individual then performs simple mimicking exercises with both limbs (as much as possible with the affected limb) and watches the healthy limb in the mirror. This creates the illusion of a pain-free limb in the mirror. The brain sees a healthy limb full of movement with no discoloration and is fooled into thinking that the CRPS affected limb is healthy and mobile; therefore, the pain signals sent to the brain decrease. Mirror therapy has proven to be very effective in treating CRPS.

Phantom limb pain is a neuropathic pain that is felt after a limb or part of a limb has been removed. It mostly presents in the area of amputated limbs (arms and legs). Phantom limb pain occurs because the brain still attempts to move the limb that is no longer there. Since this is impossible, faulty pain signals are sent to the brain.

How does mirror therapy for phantom limb pain work?

Mirror therapy works by tricking the brain into thinking that a limb is still present and moving. Since pain originates in the brain, and it is fooled into seeing a healthy limb, mistaken pain signals are no longer sent.

Mirror therapy is usually done in 15-minute sessions, three or four times per week for an extended period. Mirror therapy is an effective treatment for complex regional pain syndrome and phantom limb pain especially when combined with other treatments or when other pain-reduction methods have failed.

Physical therapy can help restore movement and function for pain patients disabled by injury or disease. Therapy should be tailored to a patient’s condition and pain level. Physical therapy treatments may include a combination of stretching, strengthening, and aerobic conditioning.
learn more