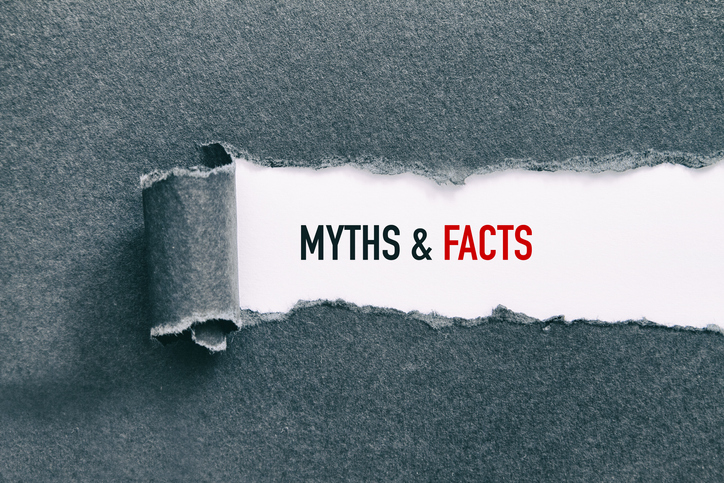 Fibromyalgia is a chronic pain syndrome that involves widespread muscle pain (myalgias) and joint pain (arthralgias). Fibromyalgia is thought to be due to a dysfunction in the way the brain and spinal cord process painful and non-painful signals. Five commonly held misconceptions about fibromyalgia include the following:

Myth #1: Fibromyalgia does not exist.

Fact: Fibromyalgia is a syndrome, and a syndrome describes a set of symptoms. It involves widespread pain that is not otherwise explained by another health condition. In addition to widespread pain, other symptoms of fibromyalgia include, but are not limited to, the following:

Fact: The presence of 11 out of 18 tender points used to be a part of the diagnostic criteria for fibromyalgia. This is no longer a requirement, and up to 20% of those with fibromyalgia do not have tender points. Fibromyalgia is diagnosed based on the following:

*A WPI quantifies the extent of pain on a scale of 0-19 based on pain or tenderness in 19 different areas of the body. Each tender area is assigned 1 point. The SSS ranges from 0 to 12 and measures the severity of fatigue (0-3 scale), tiredness upon waking (0-3 scale), and cognitive impairment (0-3 scale). In addition, headaches, lower abdominal pain, or depression are assigned one point each.

Myth #3: Fibromyalgia is the same as depression.

Fact: Both depression and fibromyalgia can cause widespread pain and fatigue, but they are not the same conditions. Studies indicate that while many with fibromyalgia have depression, 20-60% do not develop clinical depression.

Myth #4: Fibromyalgia is the same as small fiber neuropathy.

Fact: Some individuals diagnosed with fibromyalgia are eventually diagnosed with small fiber neuropathy (SFN), a nerve pain disorder. SFN involves damage to microscopic nerves that innervate the skin and detect sensations such as pain, heat and touch. Small fiber neuropathy is associated with many chronic pain conditions as well as various other health conditions, such as postural orthostatic tachycardia syndrome (POTS).

Myth #5: Fibromyalgia is a useless diagnosis.